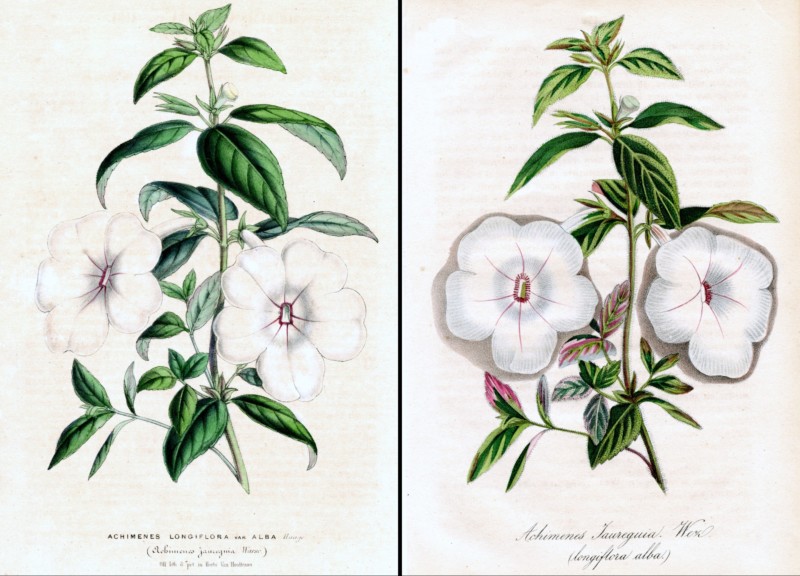 This is an odd pairing of two not-quite-identical prints. The one on the left, from Van Houtte, is the original, the one on the right, from Harrison, mainly a copy – but not quite. It’s almost as if the artist used the first as the source, but took a number of liberties — several details are different, including the position of the forward-facing flower, and the color in some of the leaves. But they are substantively the same otherwise, and the second is clearly inferior, with the odd leaf coloring and the odd shading behind the flowers.

Note that in both plates the central opening in the corolla is a strangely unnatural rectangle, and that for both of the forward facing flowers the tube starts out at an angle to the viewer, but seems to take a sharp turn behind the lobes to allow the flower to face front. Very odd perspective, almost like Picasso.

The correct name is longiflora and it’s not clear that “jaureguia” was ever published. Some information notes that name as an invalid one published as an alternate name by Van Houtte, and indeed it is shown as such in the print to the left.