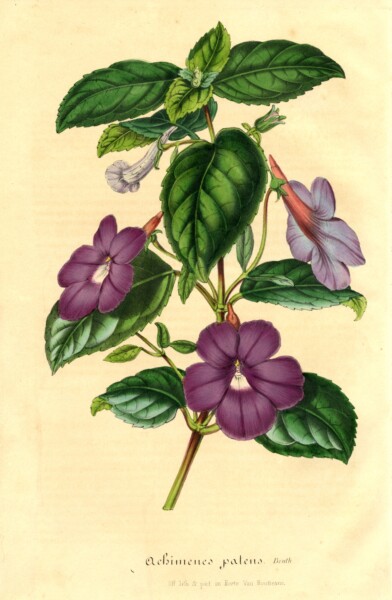 Van Houtte published two editions of the issue of Flore des Serres et Jarden de L’Europe containing this illustration. The first was apparently a copy of the same plant illustrated in Paxton the year before (mirroring the Paxton image), and this one probably copying the first edition illustration. The result is a mirror of the first edition, but the same orientation as the Paxton.

Note that the color in the two Van Houtte illustrations is significantly different; this one is more purplish, the other is more pink.