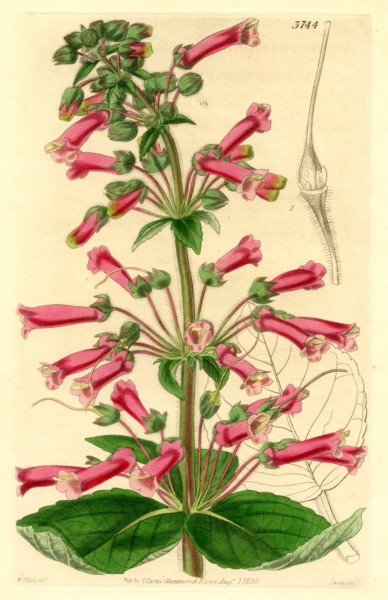 Now known as Sinningia magnifica, according to the Smithsonian Institution’s Gesneriad Checklist.  However, there is some doubt — it is possible there has been an error, and that the print here should be seen as S. aggregata, which it does seem to resemble. Other prints of species said to be S. magnifica, such as this print of Gesneria bulbosa, are significantly different, with a prominent galea (hood).