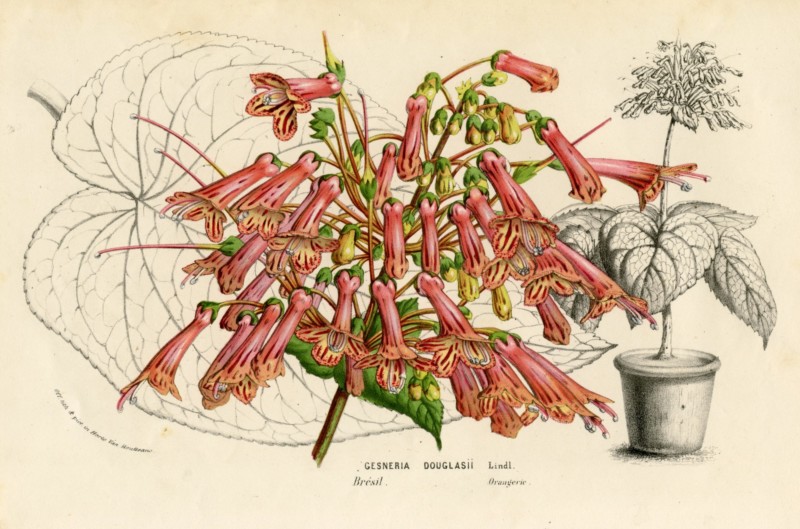 Now known as Sinningia douglasii.  This species was once widely distributed as S. verticillata.  Another print from the same series as this illustrates a hybrid of this species with another, and a print of the same subject (from Curtis) illustrates some variance in the plant.  An early print ,also from Curtis, does not do the subject’s beauty much justice.  A somewhat later Curtis print nicely captures the essence of the species.

The species was obviously a favorite of the editors of Curtis’s Botanical Magazine, with at least four separate representations, and Van Houtte had at least two, plus the hybrid.