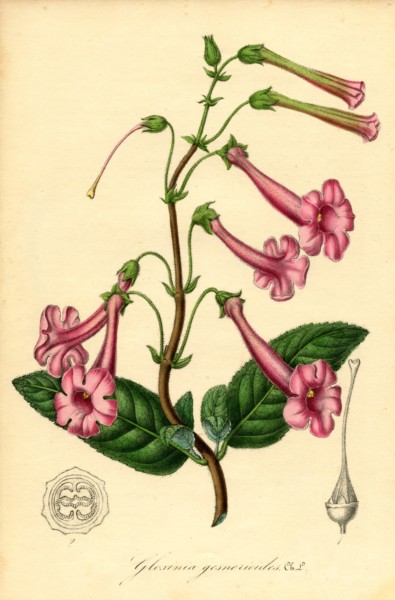 This is a notable early hybrid, one of the earliest of what would become known as the xGloxinera hybrids. These involved species placed within the now abandoned genus Rechsteineria and those that were called at the time Gloxinia.

In this case, the cross was between what we now know as Sinningia tubiflora (referred to as Gloxinia tuberifer in the text associated with the image above) and Sinningia cooperi. The former has large white flowers with a long narrow tube and a flat face, while the latter has red tubular flowers with a large galea (hood).