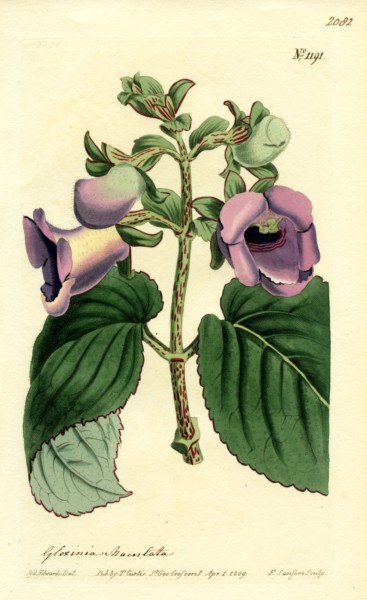 This was an early print of what we now know as Gloxinia perennis.  Other prints can be seen here and here. This species was one of the first gesneriads brought into cultivation in Europe, in about 1737, and was first published by Linnaeus in 1753.

Note the mottled markings on the stem, from whence comes the “maculata”. Also note the writing that someone, presumably the original owner, has put on the print — there is a number at the very top right, and the name of the species (as published then) has been written into the lower left, in immaculate old-style cursive. It’s always fascinating to find such evidence of interest and care in a document well over 200 years old.