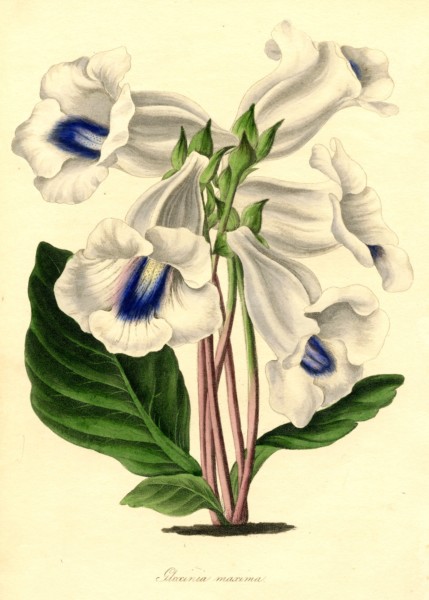 Although published as Gloxinia maxima, this is an early hybrid of Sinningia speciosa, now sometimes referred to as Florist Gloxinias. The parents of the cross were two cultivars of Sinningia speciosa, grown at the time as Gloxinia speciosa (purple) and Gloxinia candida (white). ‘Maxima’ was noted as having such large flowers that it merited publication as its own species, not a perspective adopted by modern botanists.