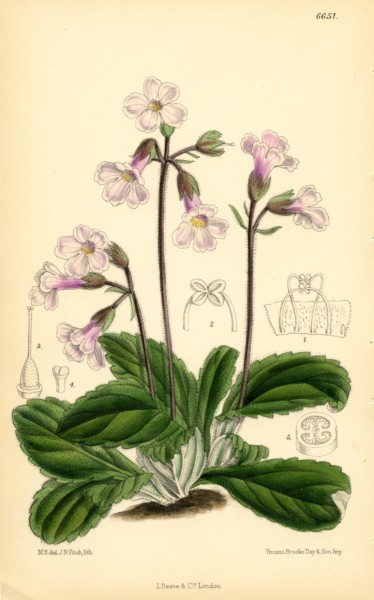 In his notes on this plant in the 1882 publication, J. D. Hooker says that it is notable for several reasons, not least in that it is one of the very few instances in Europe of the large family Gesneriaceae. He goes on to note that all of the European species are restricted in range, with three of them “. . . absolutely confined to one spot. Of Haberlea there is only one species known; it is confined to a few miles of a single valley in Thrace, where it abounds, on the southern declivity of the Balkan range, growing in shaded schistose rocks near the town of Kalofer, and there forming in the flowering season a most beautiful feature of the landscape.”