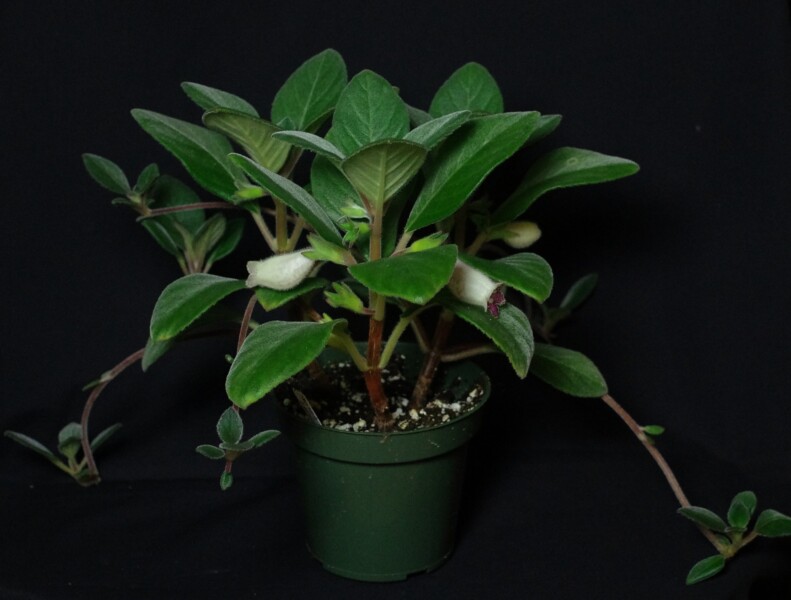 Alsobia sp. RM2010 was acquired by Ron Myhr in Belize in February of 2010, from two different sources.  A. sp. 2010-1 came from naturalist and ecologist Jan Meerman, a Dutch national who has lived for many years in Belize, and A. sp. 2010-2 (shown above) came from the Belize Botanical Garden. An employee of the BBG had been collecting with Mr. Meerman, and they brought back material from two different sites on the coastal plain not far from Belize City. The plants grow on limestone outcroppings emerging from the coastal plain, and seasonally can be completely deciduous.

The young plant featured above was only recently propagated from cuttings; the species grows rapidly, given enough root room, and produces many stolons which can create quite a colony under natural conditions.

In 2018, this species was published as A. baroniae.

A slideshow illustrating the difference between flowers of the two collections can be initiated by clicking one of the links below.