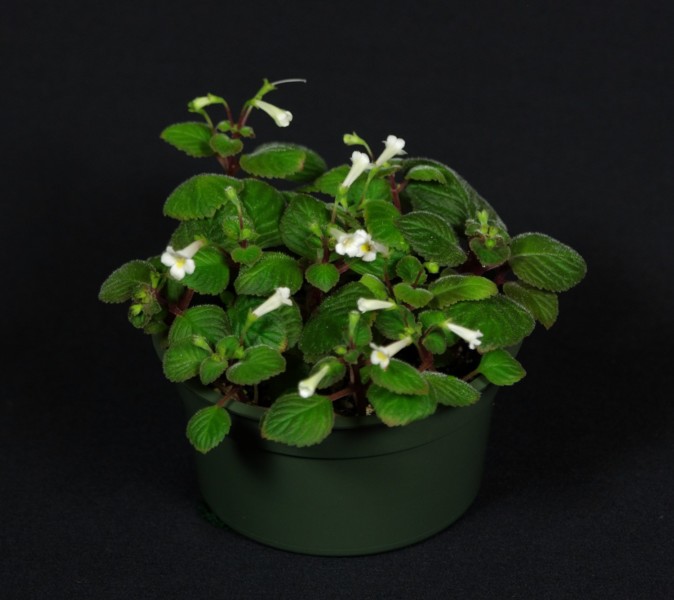 Chautemsia calcicola is a newly introduced species, within the rhizomatous group of plants (the Gloxiniinae). Its range is limited to Brazil, and it is named after Swiss botanist Alain Chautems.

The plant shown here was exhibited at the 2018 convention show of the Gesneriad Society. Another specimen, also grown by Nancy Kast but exhibted in the 2017 convention show, further illustrates the species decorative potential. A closer view of the flowers can be seen here, and alternate views here and here.

A plant growing in nature illustrates the damp, mossy but well-drained habitat of the species.