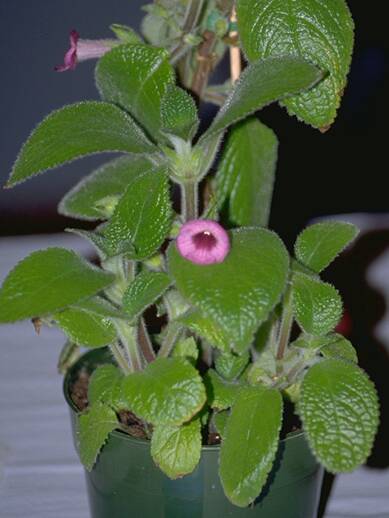 This cultivar is a hybrid of C. melittifolia and C. panamensis. It is reported in the information on a herbarium specimen at the Smithsonian as an F2 hybrid produced in 1967 at Cornell University, meaning that it is a seedling grown from the original cross. At the time, the two species involved were known as Nautilocalyx melittifolius and N. villosus.

Another hybrid of the same two species is C. ‘Dekla’.