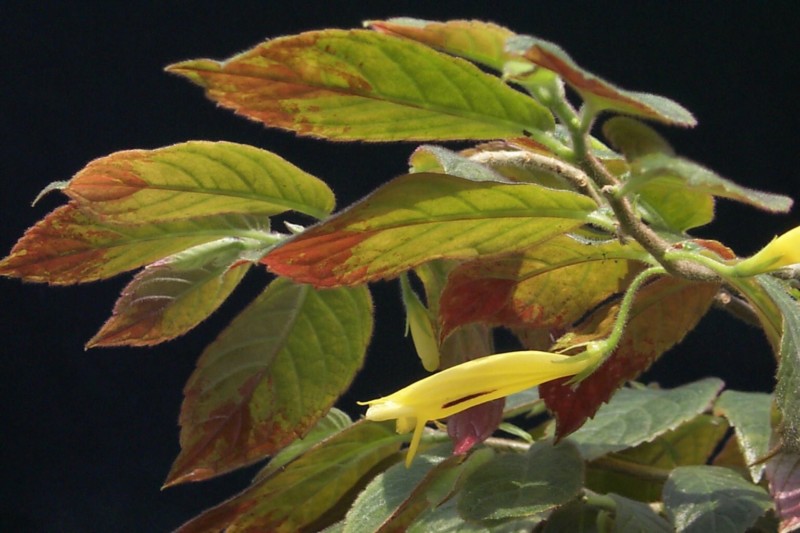 This lovely species is somewhat variable, with leaves having greater or lesser amounts of red markings on the undersides. These red markings are thought to be attractive to hummingbirds, and brings them closer to the yellow flowers.

Originally published as Trichantha citrina, it was often referred to as Columnea citrina after the genus Trichantha was merged with Columnea. However, C. citrina had been previously used for a different species (since itself renamed), so the new name Columnea citriflora was published for the species.

Other photos can be seen in a slideshow by clicking one of the links below: