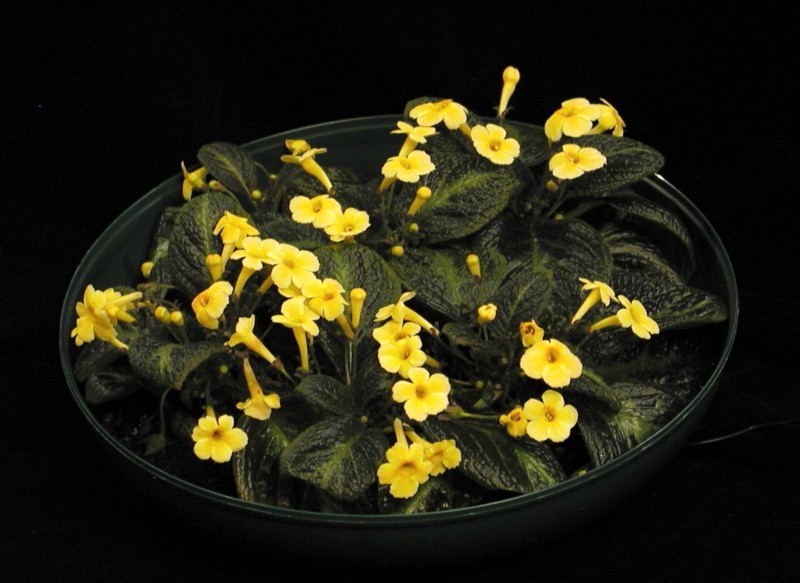 Shown at the AGGS convention show in 2004. This remarkably floriferous specimen was greatly admired.

Because of lighting conditions, the foliage appears rather dark in this photo, and the yellow flowers very bright. Somewhat more accurate coloring may be seen in the less dramatic photo of another show plant here.

A beautiful plant grown from seed produced by a selfing of ‘Suomi’ was exhibited at the 2006 convention of the Gesneriad Society. It has lighter foliage, and is robust and vigorous.