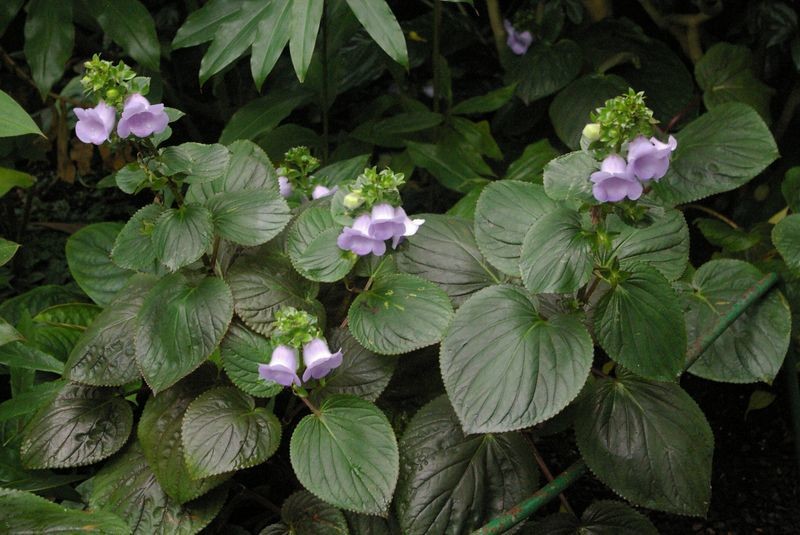 G. perennis grows from scaly rhizomes, and can be a robust plant for tropical beds. Under home conditions it does not seem to grow quite so large. The terminal inflorescence can become quite long. A photo of its flowers show the long inflorescence and the mottling on the stem, which gave it one of its older names “Gloxinia maculata”.

Gloxinia perennis is a rare example of a “perfume flower”.  The perfume droplets produced by the flower at the base of the corolla are collected by male bees, and used to mark swarm areas and attract females.  During the course of collecting the perfume the bees effect pollination of the flowers. While rare in the Gesneriaceae, numerous orchids use similar mechanisms for attraction of pollinators. Another photo shows a closeup of a bee at a flower of this species.