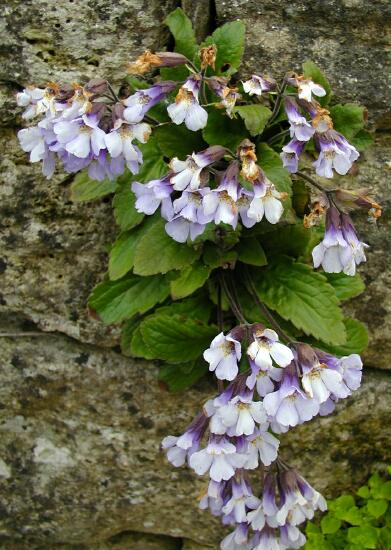 Near the end of its flowering display in mid-May, 2002, this specimen was nonetheless spectacular. It was growing on a vertical north-facing wall, rooted in soil jammed into a seam between rocks. A closeup of flowers on another plant can be seen here.

Haberleas are relatively hardy alpine gesneriads, from the mountains of south-eastern Europe. Wisley is the large display garden of the Royal Horticultural Society in Surrey, south-west of London.