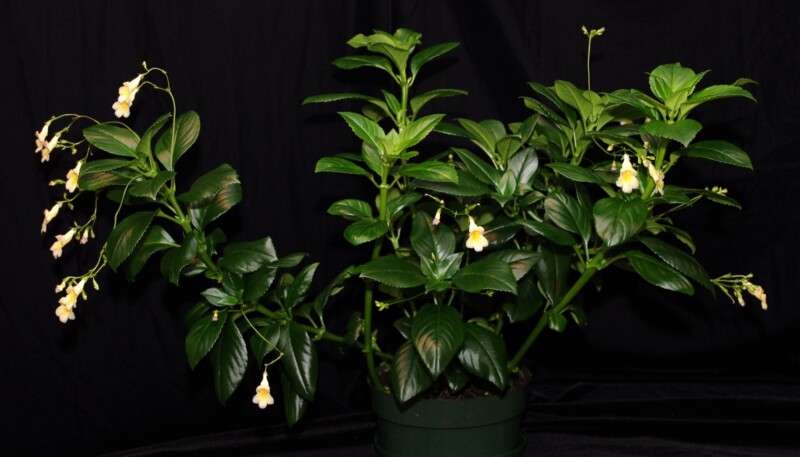 Lysionotus  ‘Pudding’ was created by Katsuaki Tanaka of Japan, likely in the 1990s. It can make a dramatic, large and attractive plant. The clear yellow flowers show well against the glossy dark goliage. It is reported by Toshijiro Okuto that L. ‘Pudding’ was a cross of Lysionotus pauciflorus and an unnamed species with yellow flowers from Yunnan, China.

The feature plant above was exhibited at the 2013 convention of the Gesneriad Society.

Additional photos can be seen in a slide show by clicking one of the links below: