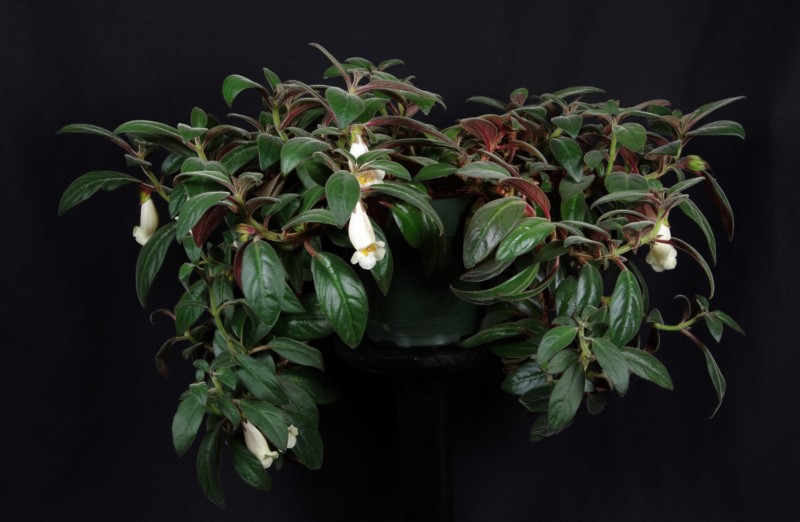 Nematanthus albus was distributed for a number of years under the name Nematanthus “Santa Teresa”. Alain Chautems reports that it is a very atypical Nematanthus, presumably a function of an atypical pollination syndrome — its large flowers are adapted to visits by Euglossine bees.

Support for its inclusion in Nematanthus include its chromosome count (n=8), fruit morphology (a typical display capsule), distribution in the coastal rain forest of Brazil where many other Nematanthus are found, and the fact that it has been hybridized (by Mauro Peixoto) with several other Nematanthus species.

The photo above is of a plant exhibited at the Gesneriad Society’s convention flower show in 2018.