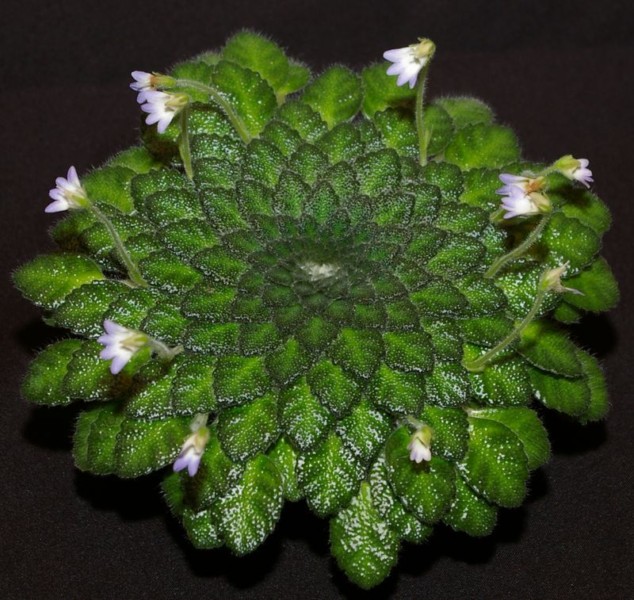 This species has distinctively shiny leaves with a bumpy (bullate) texture. It has had a bit of tortuous taxonomic history, having been grown for years as P. rosettifolia. The feature image above, of a plant exhibited at the 2006 convention of the Gesneriad Society, nicely illustrates both the decorative nature of the foliage alone, as well as the attractive flowers.

Flowers vary in tone, from pure white through to a pale purple.

Note the visibly hairy leaves, characteristic of many of the Petrocosmea species. As several species are adapted to periods of drought, often when growing on rocks, the hairs may help to reduce transpiration.

Petrocosmea cryptica has had a lot of names having been in cultivation for over 10 years. In “The Plantman” magazine, September 2011, “A New Species of Petrocosmea”, Julian Shaw reported that a gesneriad that had been in cultivation under the wrong name for more than 10 years is a new species.