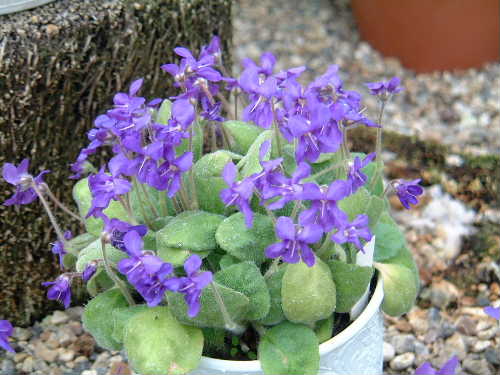 This plant was grown at the Hyogo Flower Center, in Japan, in a bright greenhouse. Mr. Okuto attributes the yellowish foliage to the bright conditions. Another photo of this species shows much darker leaves and flowers, although the flower and leaf shape are generally similar. Another photo of this small species can be seen here, but the plant form is better illustrated in the photo of two Petrocosmea show plants.

Pretrocomea flaccida was first described by Craib in 1919 and was collected in Multi, Southwestern Sichaun near Yongning, in northwestern Yunnan Province in China.  It was found growing on rocks in thickets, at 1830-3,000 meters above sea level.