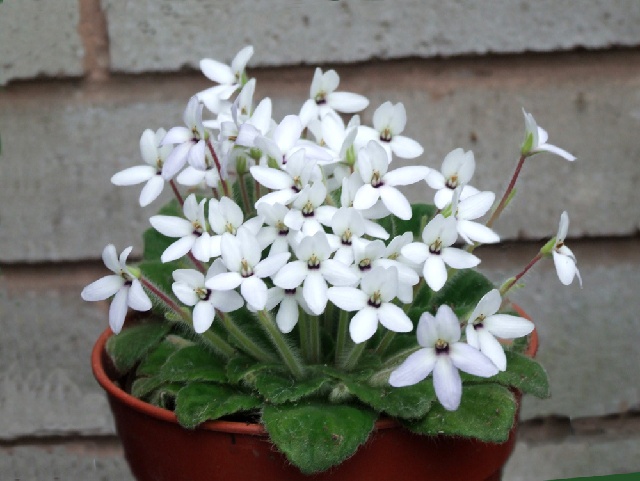 The form of this species shown above was originally introduced as P. duclouxii in the late 1990s, and has also been grown as P. grandiflora and P. thermopunctata. It has limited distribution in the wild, growing primarily in cracks in rocky limestone cliffs in south-eastern Yunnan, China, at around 2000m.

Han Meng-Qi, a botanical researcher in China who has published extensively on Petrocosmea, has identified both the feature plant above and others on the GRW previously posted as P. duclouxii and P. grandiflora as actually P. yanshansis. While there are differences among the three plants, Mr. Yan notes that these are within the normal variation seen within the populations of the species.