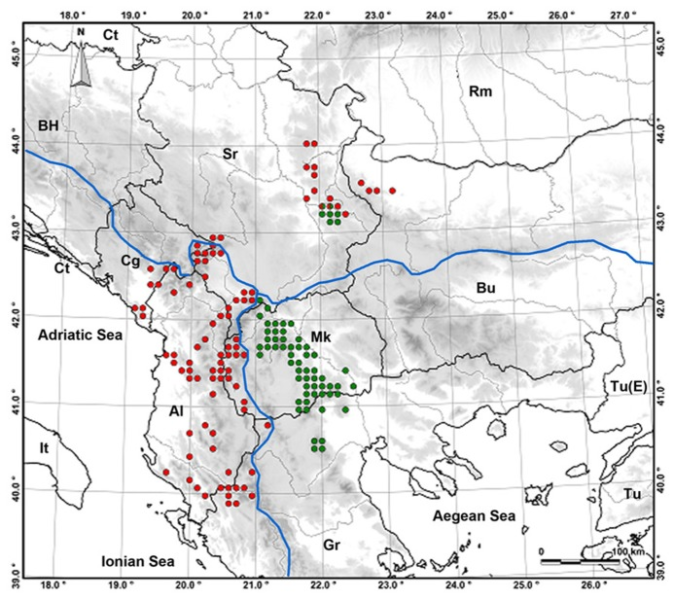 Ramonda serbica and R. nathaliae occupy different distribution areas and both are almost exclusively calcicole plants. R. serbica is found in the Southern Balkans and its habitats belong to the Adriatic river system. It spreads in the regions of Albania, Serbia, Montenegro, Macedonia, and Greece, spanning the wide range of altitude from 200 to 1950 m asl. R. nathaliae is found in more restricted and rather compact area situated mostly in Macedonia and partially in Greece and in Kosovo. Its altitudinal range is somewhat wider, from 100 to 2200 m asl, and its habitats belong to the Aegean river system (Meyer, 1970; Stevanović et al., 1991). Within this distribution area in only two localities (Pčinja and Raduša gorges) R. nathaliae thrives on serpentine soil (Košanin, 1921; Stevanović and Stevanović, 1985).