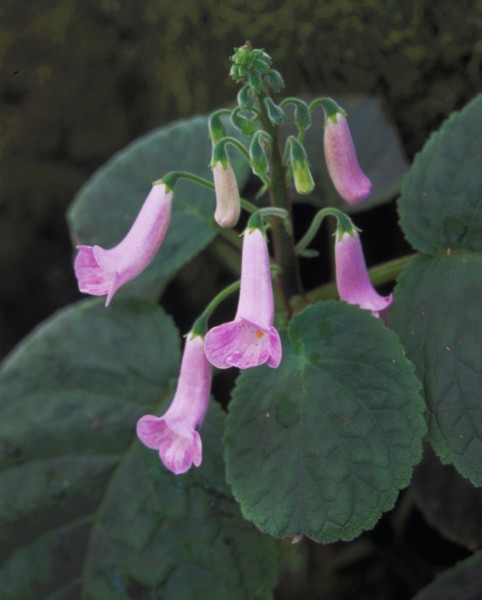 S. laui is said to have among the best foliage in the genus, with red hairs on the leaves providing an overall red plush effect in strong light (in weak light, the leaves are more plain green).  A flower closeup illustrating the darker colors associated with higher light can be seen here.

While the flowers are sometimes characterized as “bluish”, some individuals may be more accurately identified as blue-toned pink. Some plants appear to have bluer flowers, as in this photo, which appears closer to the early descriptions of the species.

Blue/purple shades are sometimes difficult to capture, especially on film in the pre-digital age, and also with modern digital cameras. It’s possible that the image above does not show as much blue as in “real life”.