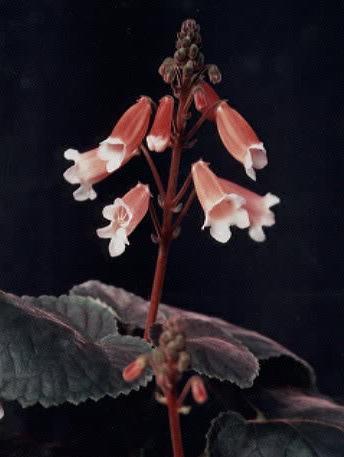 S. ‘Riko’ is a hybrid of S. ‘Santa Clara’ X S. ‘Dent Vieux’, but was mistakently reported in The Gloxinian as S. ‘Santa Kulala’ X S. ‘Dent Vieux’. It is a fine new hybrid in a genus that has not seen a lot of recent activity. Its sister hybrid, S. ‘Junko’, of the same parentage, may be seen by clicking here.