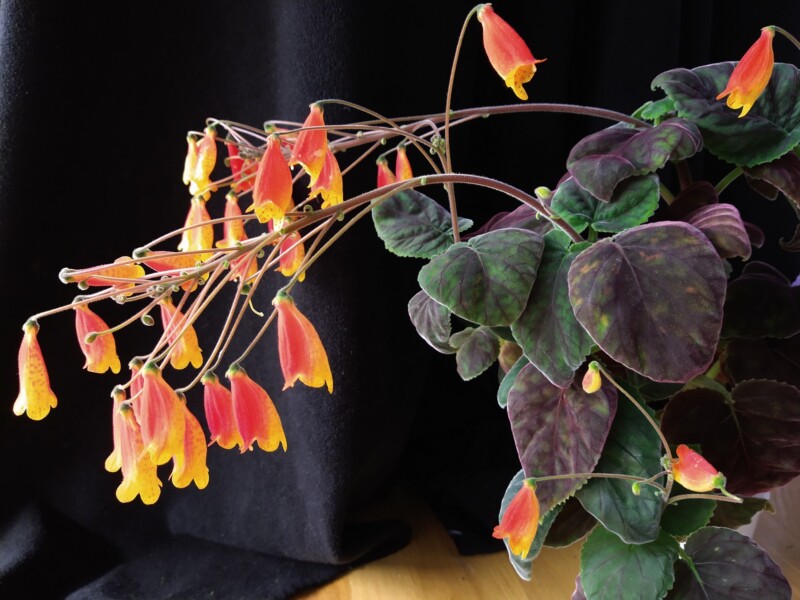 Smithiantha zebrina is an ancestor of many, if not most, of the modern Smithiantha hybrids. It’s plush red foliage has long been favored by growers, and the often-spectacular orange and yellow flowers provide a very nice contrast. The plant featured above was exhibited in the 2021 virtual show of the Gesneriad Society.

This species became very popular during the middle of the 19th Century, and featured in many of the botanical prints produced during that time. Several can be seen here.

Additional photos of this species and of some of the hybrids with it as an ancestor can be seen in a slideshow by clicking one of the links below: