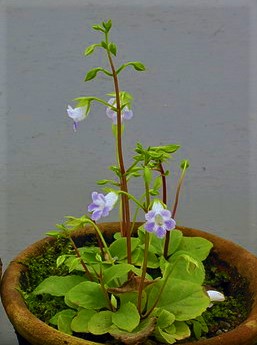 Sphaerorrhiza rosulata was first described in 2016 by Araujo et al. It was previously distributed as Sphaerorrhiza sp. ‘Raizama’ and named for the conservation area in Goias state where it was found, The leaves are arranged in a basal rosette and the small white flowers with purple lobes are arranged along the stem.