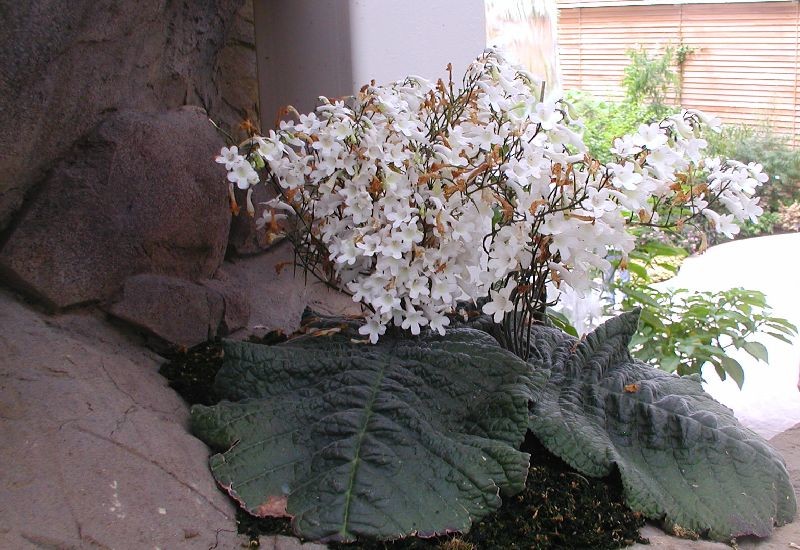 A planting of several individual plants of this species, at the new Wisley Garden glasshouse, was in spectacular bloom in the summer of 2007. The plants were clustered in a way that somewhat disguised their unifoliate nature, but they still drew much attention. These were labelled as “Streptocarpus parviflorus” but were clearly not that species, which is a blue-flowered rosulate plant. This plant has more similarities to S. grandis.