Like some other genera (Fieldia, Coronanthera) from the Austral/Pacific region, Depanthus grow as shrubs or small trees to 10 m or more tall. The leaves are opposite and often anisophyllous, and the plants have long-pedunculate, few-flowered inflorescences. There are two species, D. pubescens and D. glaber.

The two species grow in the French territory of New Caledonia, a complex of islands north of New Zealand and East of NE Australia. Their habitat is montane forests.

The genus is still very little known. The type species was first described in Coronanthera, but was later moved to its own genus.  There remains doubt —  Burtt (1998a: 7) stated: “Unless confirmatory characters are found, it should be returned to Coronanthera.” 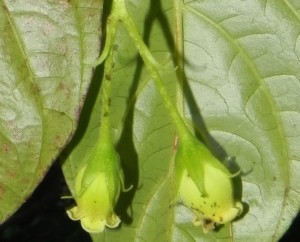