Didissandra is a genus of about 8 species, distributed in W. Malesia (Sumatra, Malay Peninsula, Borneo, Java), primarily in lowland and montane rainforests. The species are generally perennial, woody herbs.

Until recently, Didissandra was a taxonomical wastebasket, to which more than 80 species have been ascribed in the course of time. Examination by Weber & Burtt (1998) resulted in a split into three genera: Didissandra s.str., Ridleyandra, and Raphiocarpus. The current generic position of all species formerly associated with Didissandra can be found in Vitek & al. (1998).

Didissandra can be divided into two sections (Weber & Burtt 1998): 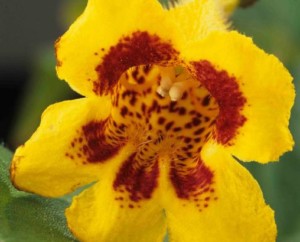