Rhynchotechum species are shrubs with an erect, woody stem which can be branched or unbranched. There are about 15 species distributed in southern Asia, including north-east India, Nepal, Bhutan, southwest and southern China, southeast Asia and throughout Malesia to New Guinea.

The indehiscent fruit (“berry”) is a formal character linking Rhynchotechum with Cyrtandra, but the two are probably not related (as had been suggested by their former placement in tribe Cyrtandreae). This view is supported by the different chromosome number (2n=18/20) which is in strong contrast to the uniform number 2n = 34 in Cyrtandra. Both new morphological (Burtt, unpubl.) and molecular data suggest that Rhynchotechum is allied to Boeica and thus belongs to the rather primitive genera of Asiatic Gesneriaceae. Phytochemically remarkable is the presence of anthrachinones (Lu et al. 1998), which are used as a precursor of dyes and in manufacturing processes. 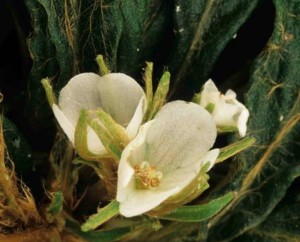