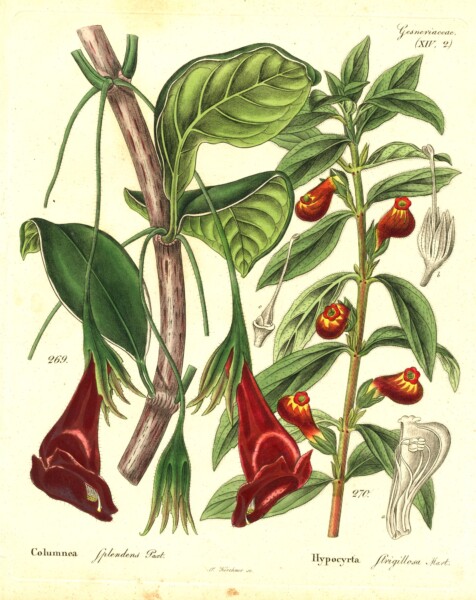 David Dietrich published Zeitschrift für Gaertner, Botaniker und Blumenfreunde in the early 1840s, with many beautiful botanical illustrations — most copied from images contained in other publications. He was a sophisticated botanist, though, as is apparent from this print. He published together two apparently quite different species that were then placed in separate genera, but now both are understood as belonging to Nematanthus.