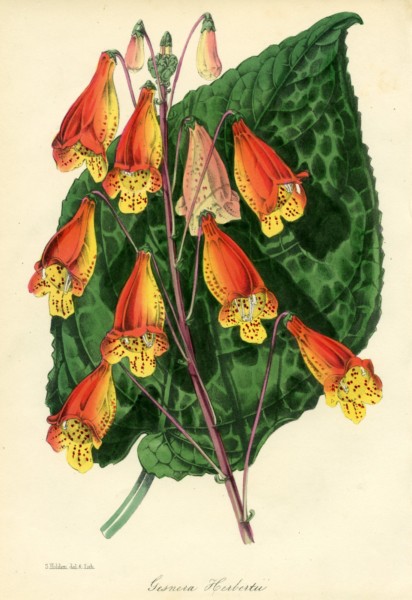 In this publication, the label on the print itself (as above) is Gesnera herbertii, but the text refers to the subject as G. gerardiana.  The supplier of the plant originally painted had intended to name it for the gentleman from whom he had received the plant, and commissioned the engraving which included that name as part of the plate. The publishers subsequently determined that G. gerardiana was the more appropriate name.

Now known as Smithantha zebrina, this is a highly variable species, with some variety in both flower and foliage. In some cases, the foliage is richly covered in plush red hairs; in others, as in the example in this print, the foliage is more nearly glossy green.

An earlier print from the same publisher illustrates some of the variety.