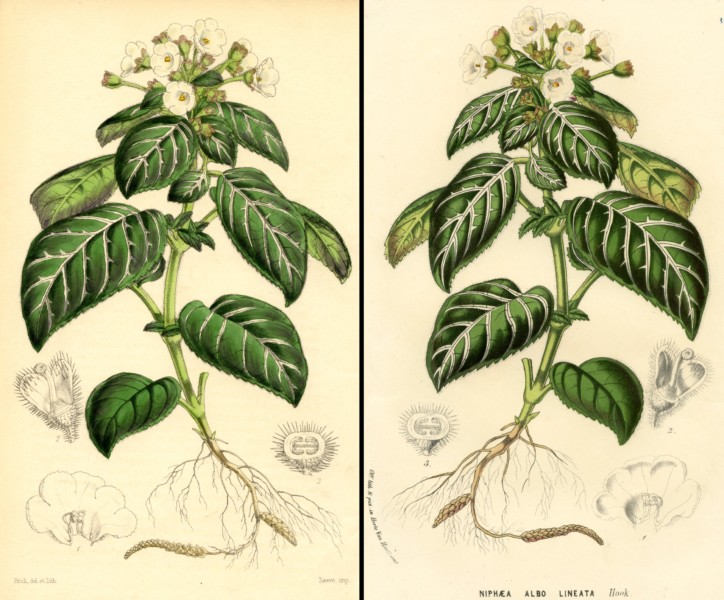 These are two prints from the same year. The Curtis, to the left, is the original publication of the species, and was followed shortly by a mirrored copy from Van Houtte. While nearly identical, there are subtle differences in both the engraving and the coloring of the two prints.

Note that this illustration includes the scaly rhizomes characteristic of the species. Many early publications and illustrations routinely ignored root structures, as taxonomic focus followed Linnaeus in its attention to the reproductive parts of the plants.