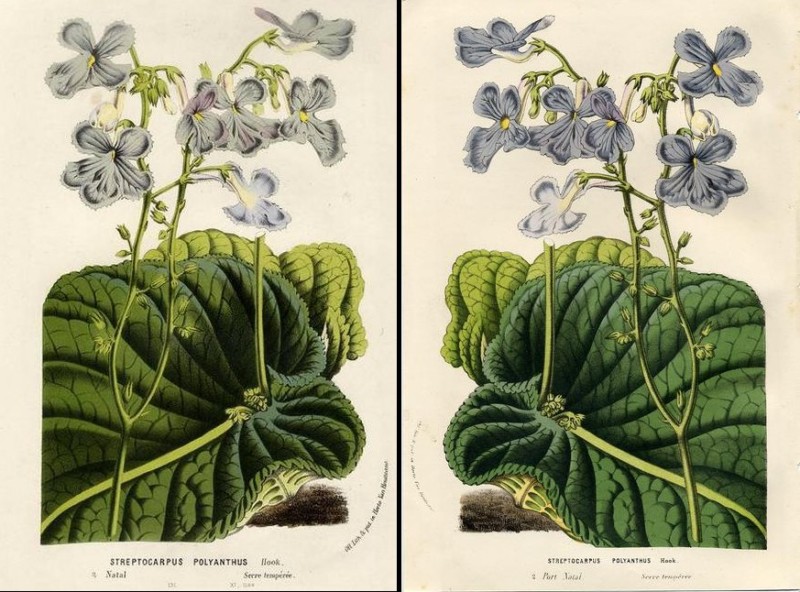 There are considered to be several subspecies of S. polyanthus, with S. polyanthus ssp polyanthus probably the most similar to these prints.  Note the subtle differences in coloring of the prints above, taken from different editions of the same publication.  They are also mirror images of each other, suggesting that one was copied from a printed version of the first — when transferred to the engraving plate, it would appear inverted when printed.

This print was copied from another published earlier by Curtis.