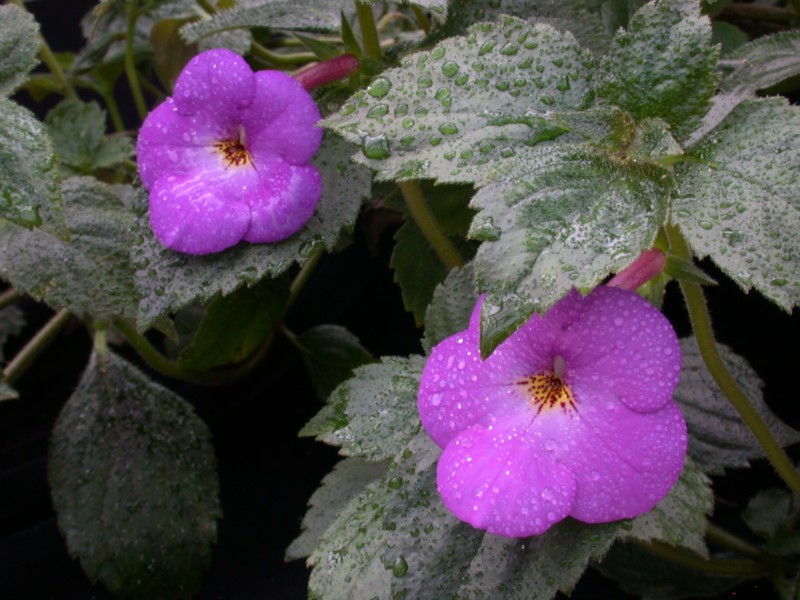 Achimenes longiflora was first published in 1838, in Prodromus systematis naturalis regni vegetabilis, Volume 7; although no illustration was provided at the time, its corolla was described as “purpureo violacea”. The species is distributed from Colombia through most of Central America into Mexico, and extends into parts of the Caribbean. It has been reported from Brazil, but the latter location may be from cultivation.

It is a variable species, and includes white forms that have been published under various names. It is not clear that the different names given to the white forms represent actual differences, but it is prudent to retain the names under which plants were acquired, in the event they represent actual (perhaps subtle) differences. All forms have trailing/creeping stems, that can provide dramatic displays in baskets. As a ground cover, it has the capacity to establish substantial colonies through its creeping stems which will root into the damp ground and produce the characteristic scaly rhizomes of the genus.

All forms of the species are characterized by a long corolla tube, and a large flower “face”. The opening of the corolla into the tube is always a relatively narrow slit, suggesting moth pollinators with a long proboscis. Since moth-pollinated flowers are often white, it may be that the white-flowered forms are the base species type.

A number of additional photos may be seen in a slideshow by clicking one of the links below: