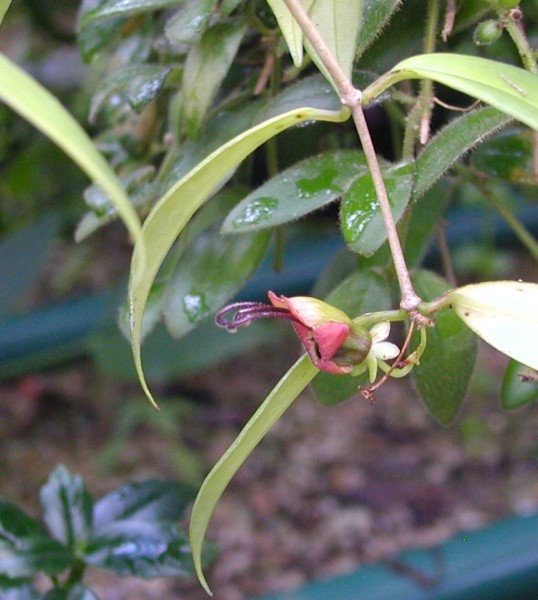 This species, seldom seen in cultivation, is widely distributed in China, Taiwan, Malaysia and from the Himalayas to Indo-China. It has (for an Aeschynanthus) a very broad opening to a short corolla tube, much like bat-pollinated American species like Sinningia brasiliensis , although the flower is smaller than those of brasiliensis.

As it turns out, A. acuminatus is not bat pollinated, but bird pollinated — and not by hummingbirds, which are not present in Asia. A YouTube video illustrates this nicely.

A flowering stem with greener flowers than those above can be seen here.