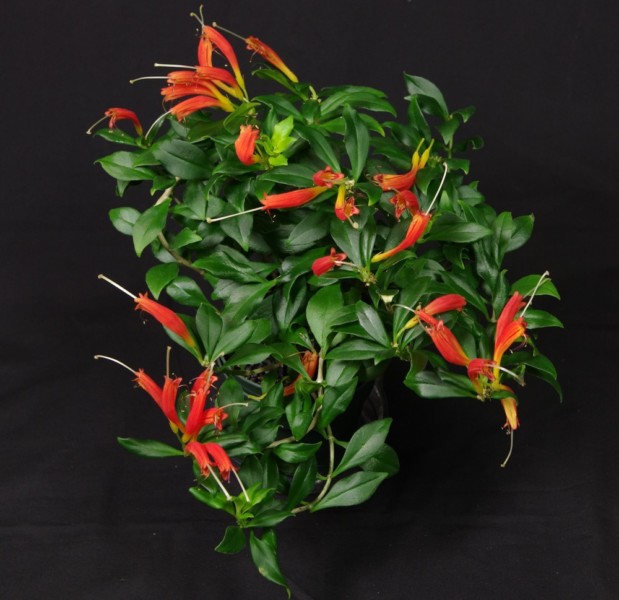 Sometimes distributed as A. radicans ‘Mira’, we’ve not been able to find the origin story for this cultivar. It’s possible that it is a selection from A. radicans, which is now properly known as A. pulcher, but it doesn’t seem to have the characteristic calyces fused into a tube of that group of species.  We’ve listed it under hybrids as it’s more often presented and shown as such, and seems to incorporate characters from a species like A. humilis.

Shown at the 2016 Convention Show of the Gesneriad Society.