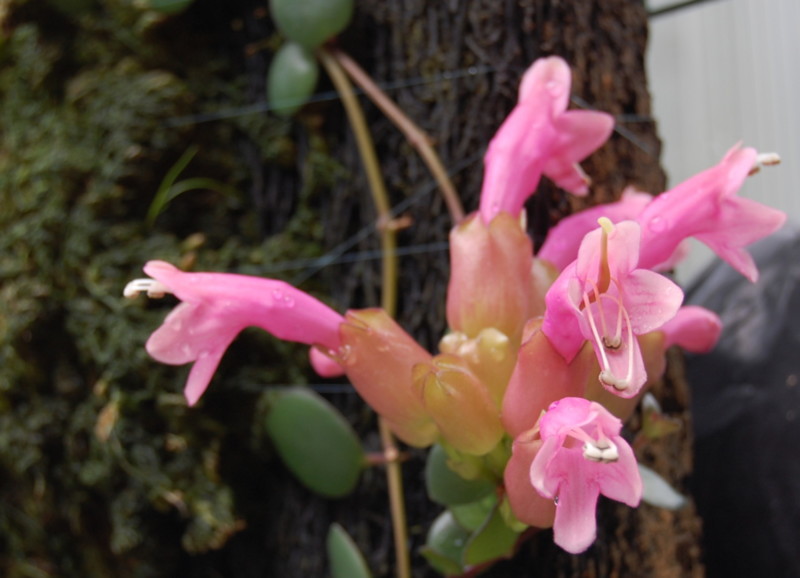 Aeschynanthus “Thai Pink” is a vigorous, large growing species with vines often reaching 6-7 feet (~2m) in length in 12-18 months after being started from cuttings.  The flowers are large (2 inches/5cm) and are pink in color, quite unusual for the genus.  The fused (tubular) calyx may either match the color of the corolla, or be a somewhat translucent green with pink. This cultivar is sometimes referred to as A. chinanthus, or as A. chinanthus “Thai ‘Pink”, although we don’t believe a formal identification as such has been published. Occasionally the species name is spelled “chionanthus”.

Because there appears to be some variation in the flowers, especially the calyces, we are inclined to believe that the material in cultivation has multiple origins, implying a “wild” origin as either a species or a distinct variety within a species.

One of us (RM) was in the Bangkok airport, returning from a business trip, and found pots of ‘Thai Pink’ hanging next to a boarding gate, as part of the decor.

Additional photos can be seen in a slide-show by clicking one of the links below: