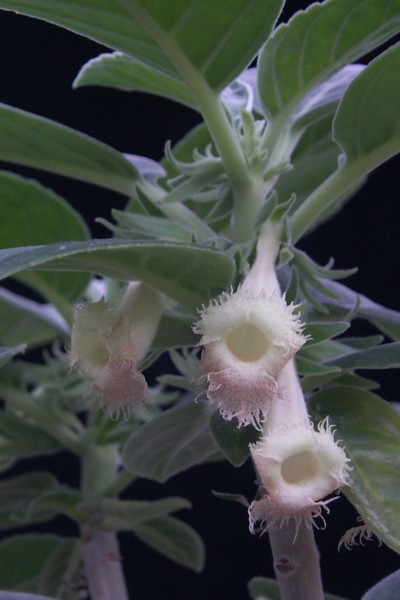 Originally distributed as Alsobia sp. ‘Chiapas’, the species has been formally named A. chiapensis. It has been crossed with A. punctata, but that seedling is not presently in cultivation. Unlike other species in the genus, A. chiapensis is not normally stoloniferous.

The feature plant above bears the USBRG accession number of 1994-05.

It appears that there are at least two similar forms of this species in cultivation. One, like the feature plant above, has white flowers with few spots on the upper lobes. Others, as in the photos below, have more yellow in the flowers, and have some spotting on the upper lobes.