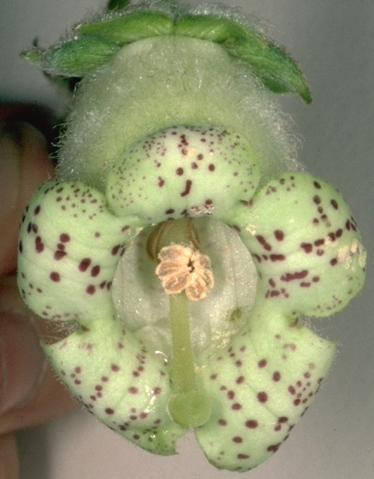 This species has historically been known as Capanea grandiflora. The species in this genus occur in Central America and the Andean regions of South America, and this one is thought to be bat pollinated.

Recent phylogenetic studies suggest that the two species of Capanea are nested within the genus Kohleria (Roalson et al., 2005a) and both species of Capanea have recently been transferred to Kohleria (Roalson et al., 2005b). However, Capanea species are morphologically very distinct from Kohleria species in their epiphytic habit, absence of scaly rhizomes, capitate stigmas, and 4-valved capsules and this genus is likely to be found in the botanical literature for years to come, despite clear molecular evidence of close relatedness to Kohleria.

An antique print, as Capanea grandiflora, illustrates its long history in cultivation.