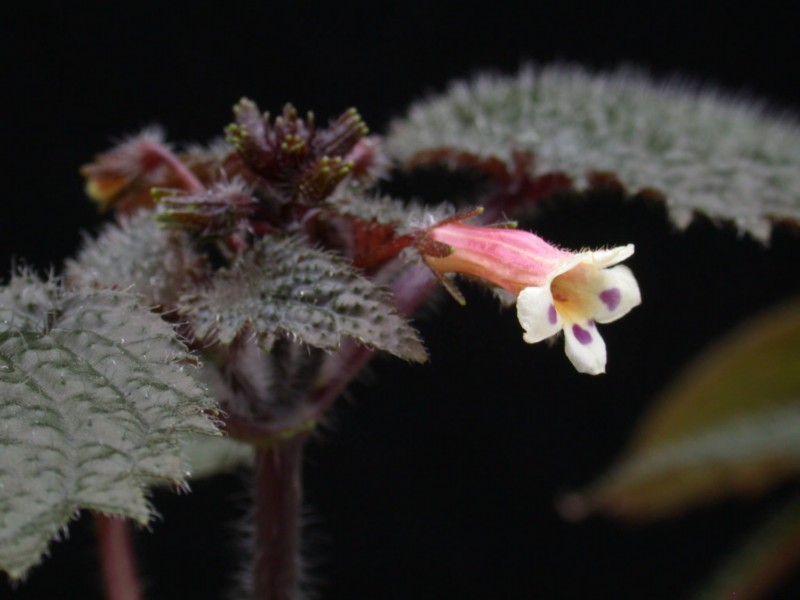 Note the emerging flower stalk, the raceme from which the species takes its name. Other Diastemas have flowers that are more often solitary, from axils.

A photo of a whole plant illustrates the floriferous nature of this species, in part due to the terminal inflorescences which display the flowers nicely. Another photo illustrates some variation in leaf and flower color, and this closeup of the flower shows the delicate pinkish shading on the exterior of the corolla.

Diastema racemiferum is one of the parents of the relatively new intergeneric cross, Gloxistema ‘First Frost’.

Two of the most widely grown species in this genus are D. vexans and D. racemiferum. A comparison of the flowers of the two species can be seen here.