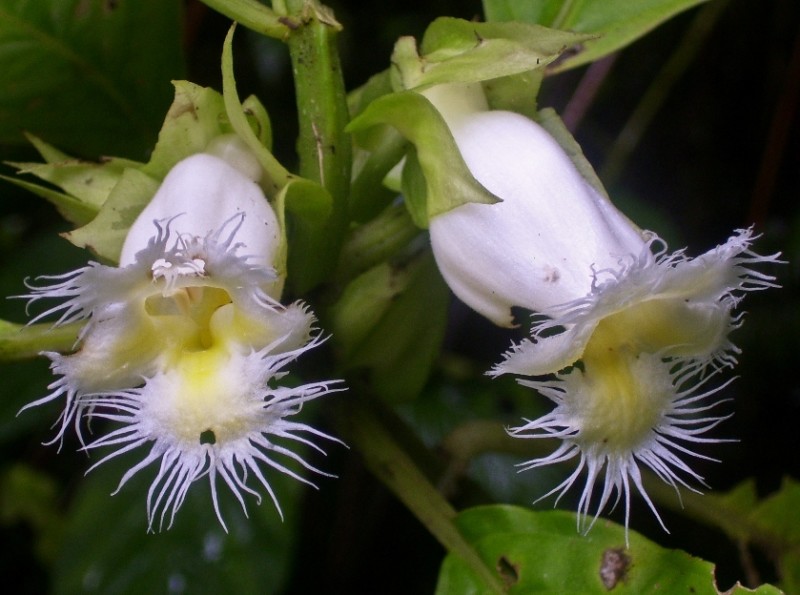 Drymonia lanceolata is a very common terrestrial herb in the wet mountain forests of Central America and northern South America.

The flowers of this species are large and deeply fimbriated, that is, the corolla lobes are bordered by rather broad hair-like processes. Click here to see a front view of another flower in male fase (note the large anthers). These flowers are pollinated by euglossine or orchid bees.

An usually feature of this species is the fruit in berry, which is uncommon in Drymonia, where most of the species have fleshy capsules, like in D. alloplectoides and D. brochidodroma