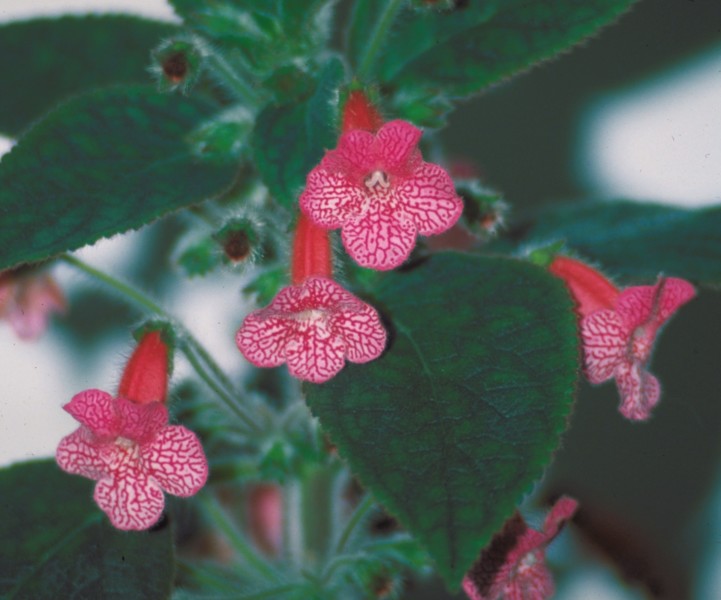 K. ‘Princess’ was one of my (RM) first “successes” with the more exotic looking gesneriads. Like all Kohlerias, it is a rhizomatous plant, and will normally produce very long scaly rhizomes vining around the outside of the root ball inside a pot. These can be broken into chunks, and potted up for more plants.

Kohlerias are well known for their dramatic spotted and veined flowers, often in bright shades of pink, orange and red (occasionally in combination). ‘Princess’  has spots more joined-up into lines than many Kohlerias, and has a relatively sturdy upright habit.  Like most members of the genus will get ratty looking after a while. It can be easily propagated from tip cuttings, as well as rhizomes.