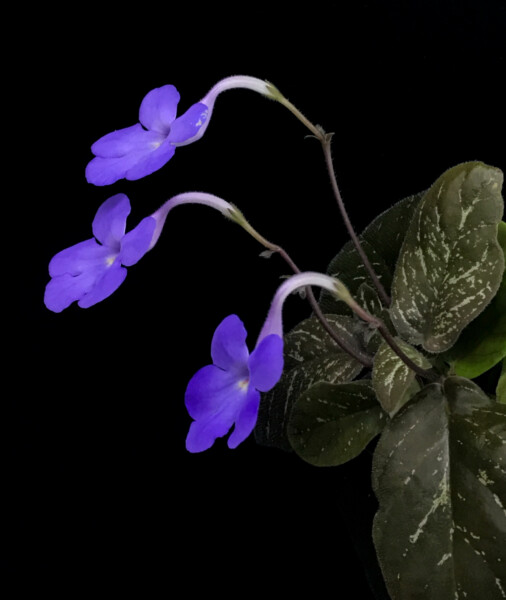 Michaelmoelleria vietnamensis is the only species in this newly-established (as of 2020) genus. It is distributed in southern Vietnam, in broad-leaved forests on granitic montane hills.

In Vietnam it is considered a prized decorative plant, resulting in extensive collection from the local forests. Its precarious situation is exacerbated by forest clearing for plantations of Eucalyptus trees, reducing its habitat. The species is considered critically endangered.

Until recently in cultivation only in China and Vietnam, M. vietnamensis has become more broadly distributed in horticulture. Its beautiful flowers and patterned/variegated foliage make it particularly desirable as a cultivated species. The feature photo above was featured at the virtual 2020 convention show of the Gesneriad Society. An additional photo can be seen by selecting the following link: