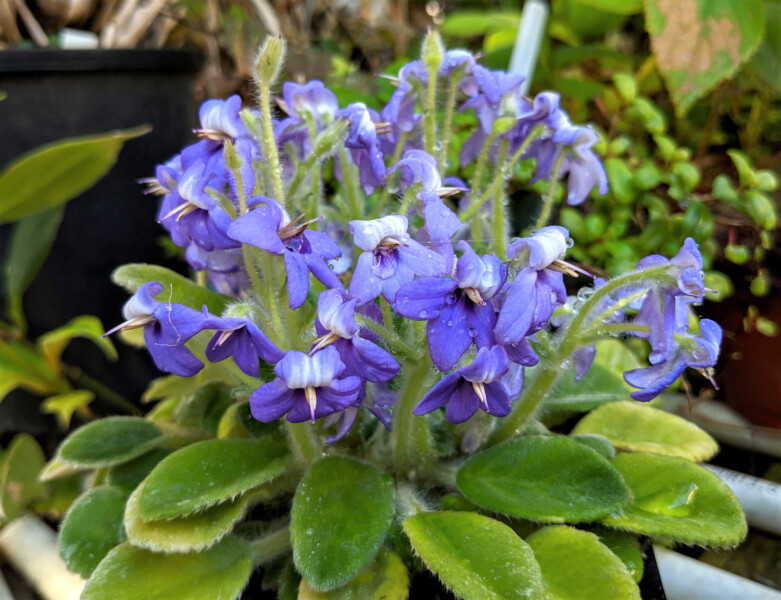 This species was introduced into cultivation by Jim Roberts in 2011 who found it on a trip to China.  It was originally distributed as Petrocosmea JR 2011 sp. ‘A’, and later as Petrocosmea coerulea.  P. Xlongianthera is a natural hybrid described formally in 2011, and Mr. Roberts’ plant was later identified as belonging to this group. There is some uncertainty about this identification.

The feature photo above is of a plant exhibited in the 2020 virtual show of the Gesneriad Society.