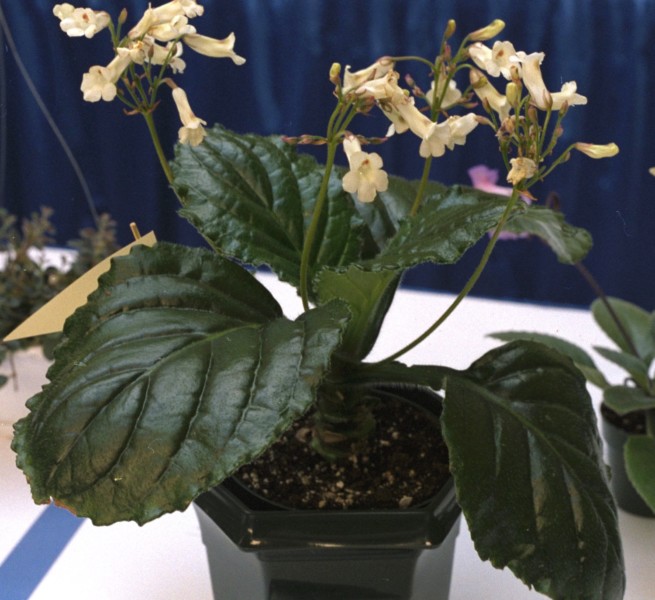 This plant was originally introduced as a Didymocarpus species, was later identified as Chirita pteropoda (a species to which it is closely related and under which name it was widely grown), and is now considered an unidentified and possibly new species. The cultivar name, reflecting the geography from which it was first distributed, is meant to be provisional until it is properly identified. Primulina sp. ‘New York’ is one of the few Primulina species with white or pale yellow flowers. The wild origin of this plant is unknown, but it probably comes from southern China.

This is an interesting species. It has large, almost “cabbagey”, leaves, with delicate white flowers held above the foliage. While it is larger and coarser than many growers would like, it is capable of a magnificent floral display, and a well-grown plant, like the one above, is attractive and certain to elicit conversation.

Clicking one of the links below will start a slideshow of other photographs.

A close-up of the flowers