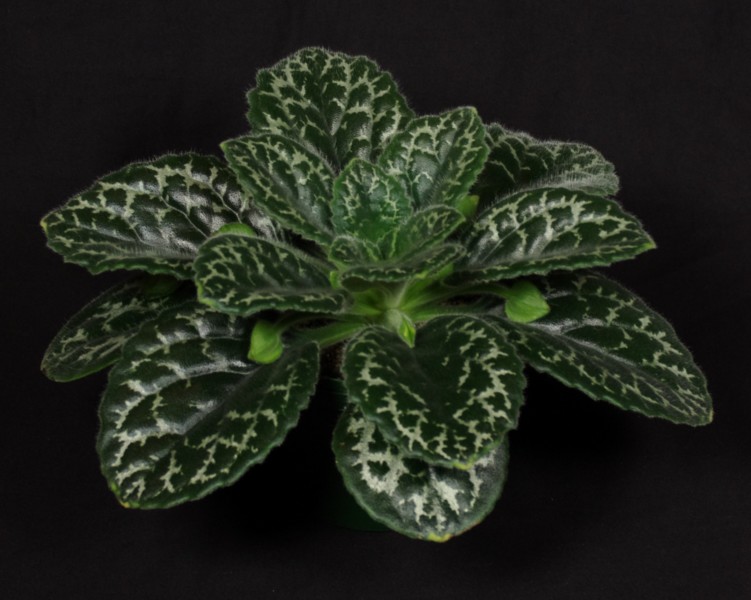 This cultivar was originally distributed as seed from the Gesneriad Society (then the American Gloxinia and Gesneriad Society) seed fund, and the origin of the seed is no longer known. Plants grown from the seed tended to be fairly compact, with some variation in leaf form and degree of silver marking. Some of the seedlings grew quite large.

It is possible that the original seed was of hybrid origin, or that it was from an unknown but variable form of what is now Primulina dryas. We note that one older photo (see the link below) shows a plant of this name without any markings but with a similar leaf shape. It is possible that the distributed seed came from a hybrid between this plain green plant and another form with silver leaves.

It is also important to note that genetically identical Primulina plants grown under different conditions may look quite a bit different from each other.

The compact selection above has rounded leaves and a lovely form. Other photos show a variety of plants, some of which appear to differ significantly from the one above.

A photo of a different but similar plant.

An older photo showing a plant in bloom without silver markings.