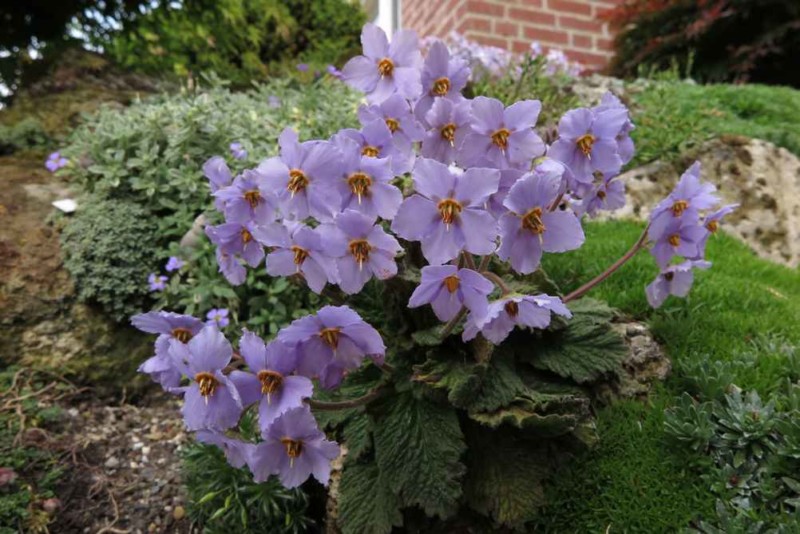 Ramonda myconi is a simple species with quite a history. The species bears few, but persistent flowers in nature over a long spring season. It has been cultivated in Europe and North America for decades, even centuries, in botanical gardens and unheated alpine houses.

The flower lobes are distinctly separated to varying extents, and the coloration varies from purple to pink to white, hence the varietal names “rosea,” everything in-between, and “alba.” The white form is seldom seen but quite striking when well grown.

In cultivation, R. myconi attains a “grandiflora” stature when well grown and tended as in the garden of Ger van den Beuken in the Netherlands.

Perhaps more than some of the other alpine gesneriads, R. myconi prefers the habitat of a wall or tight crevice.It grows freely in the open as long as it maintains some degree of moisture, either from humidity or snow cover.

A hybrid was created around 1923 by Henri Van Dedem in Holland between Jancaea heldreichii x Ramonda myconi and introduced as xJancaemonda vandedemii.