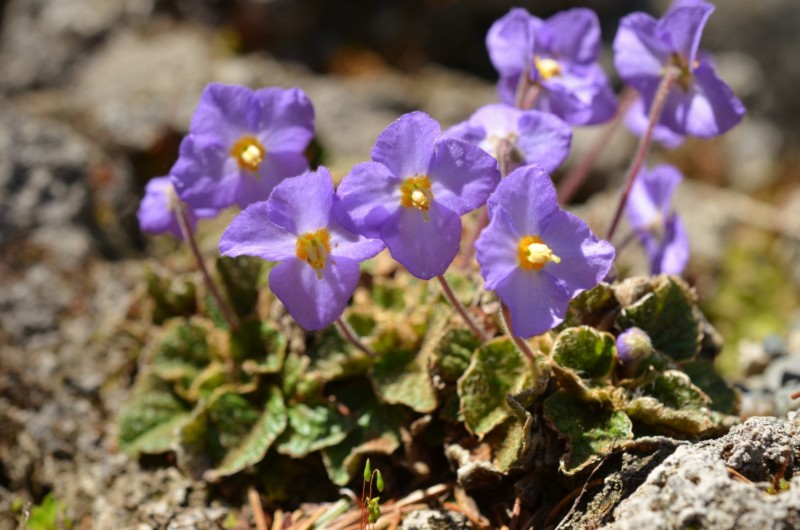 Ramonda nathaliae, also known as Natalie’s Ramonda, is a species of flowering plant in the genus Ramonda that grows in Serbia and Macedonia, mostly in the east of both countries. Whereas most flowers in Gesneriaceae are composed of five lobes to the corolla, the flower of R. nathaliae has two fused petals which give the overall appearance of four lobes (most of the time), somewhat distinctive among gesneriad flowers. The flower is considered a symbol of the Serbian Army’s struggle duringWorld War I.[2] The plant was scientifically described in 1884 from specimens growing around Niš, by Sava Petrović and Josif Pančić, who named it after Queen Natalija Obrenović.[3]

What could be better than the simplicity of R. nathaliae … perhaps the white form or Ramonda nathaliae alba.