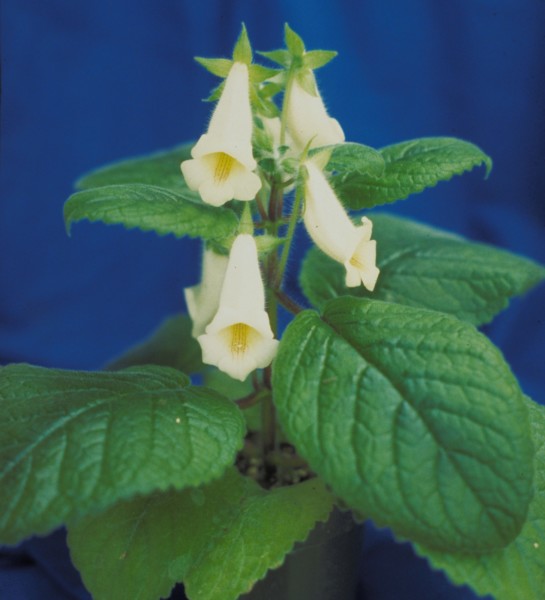 S. conspicua is in general appearance much like a pale yellow version of S. eumorpha, a species much used in hybridizing of miniature and mid-size sinningias. This plant was grown under fluorescent lights, watered enough to keep the soil gently moist, and provided moderate amounts of balanced fertilizer.

The species is very attractive and under some conditions sweetly scented. It is not difficult to grow, and produces flowers that are quite large relative to the plant size. The leaves are soft and somewhat hairy, unlike those of S. eumorpha which are smoother, and usually darker and somewhat shiny.

S. conspicua has begun to be used in hybridizing, and is responsible for the introduction of yellow tones in a number of new cultivars.

A close-up view of the flowers of this plant illustrate the interesting markings in the throat. The species seems to be quite variable, as some individual plants have many more dotted and spotted lines in the throat, as in this example.