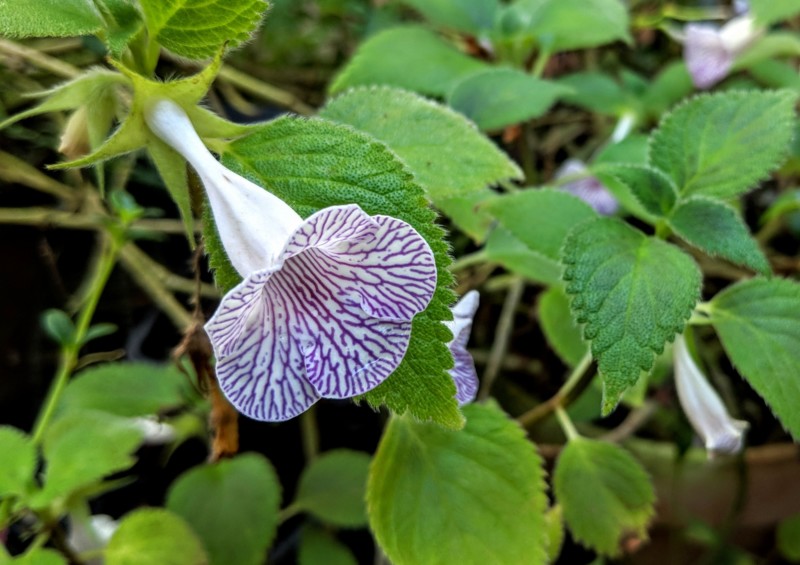 Sinningia gerdtiana has no tuber.  In this, it is like its relative Sinningia schiffneri.  Whereas the latter species has spotted flowers, S. gerdtiana has striped ones.

S. gerdtiana is a shrubby plant (as is S. schiffneri), but it differs in branching freely along its stems, while S. schiffneri branches mostly from the base, at or near the soil line.

Flower size appears to depend on culture, an uncommon situation in the genus Sinningia.  In particular, big pots seem to promote bigger flowers.

S. gerdtiana blooms in autumn.  Giving it plenty of water in the summer months will encourage it to bloom in early autumn.

A fully-developed plant of this species will take a lot of space.  It can be grown outdoors in some areas, since it can tolerate overnight temperatures of around 28 F [-2 C].

The plant in the photo above was grown in an unheated greenhouse north of San Francisco, California. A photo of another plant can be seen here.